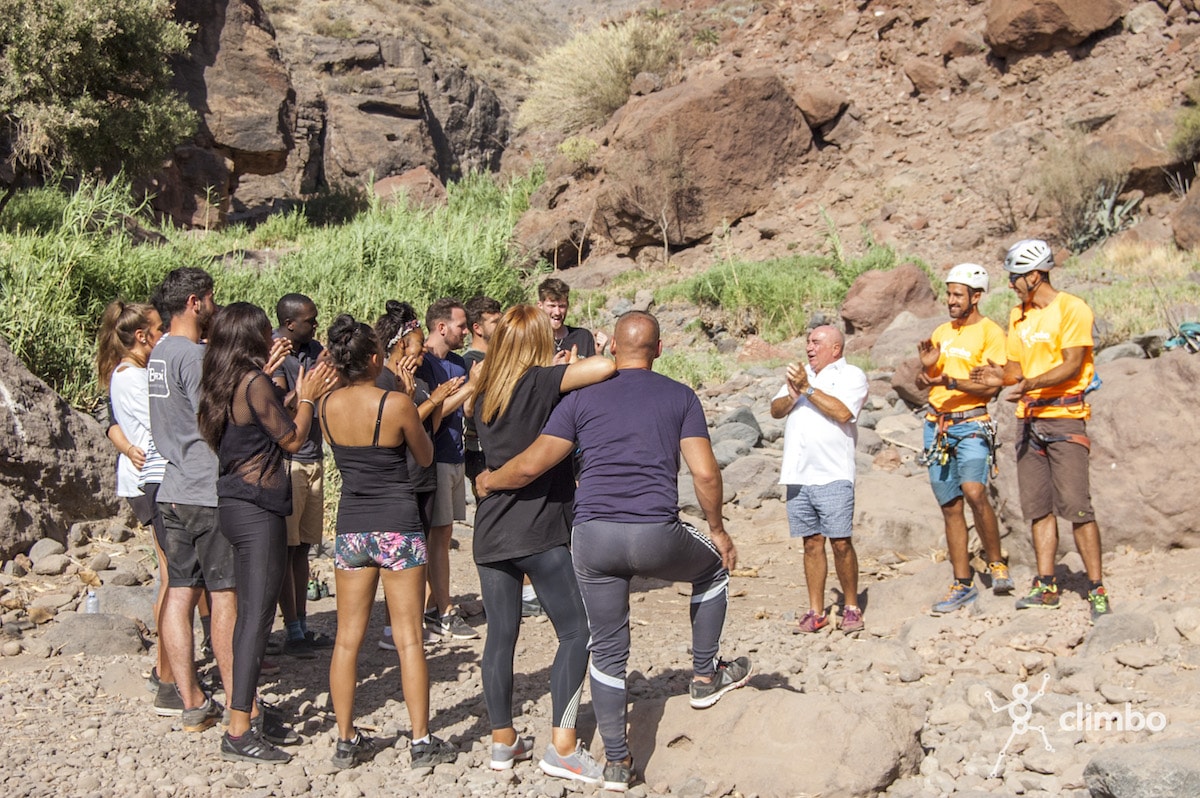 A few months ago, “Channel 4“, the UK television channel contacted us to make us part of one of the adventures the members of the reality show “Coach Trip: Road to Tenerife” had to overcome.

This television program is quite similar to some other programs in Spain like “Pekin Express”, in which each pair of participants needs to travel the same route. In this case, the participants are traveling from the UK to Tenerife while they must overcome several tests to reach their destination.

Although the participants had already done all kinds of tests, they didn’t climb a natural rock. Because of this we organized a day of climbing in the Sorrueda ravine. We enjoyed a sunny morning accompanied by our partners Miguel Levas and Jorge Ortega, who turned this test into a wonderful day.

After the climbing, we organized another more peaceful activity, a “Personal development Workshop with Horses”.

This activity, guided by Ato Rodríguez, helped us to understand the connection between the members of each couple. When interacting with horses, a non-verbal communication is established which is a defining factor in a relationship.

You can see the full episode through the following link: Road to Tenerife: Gran Canaria Day 2. 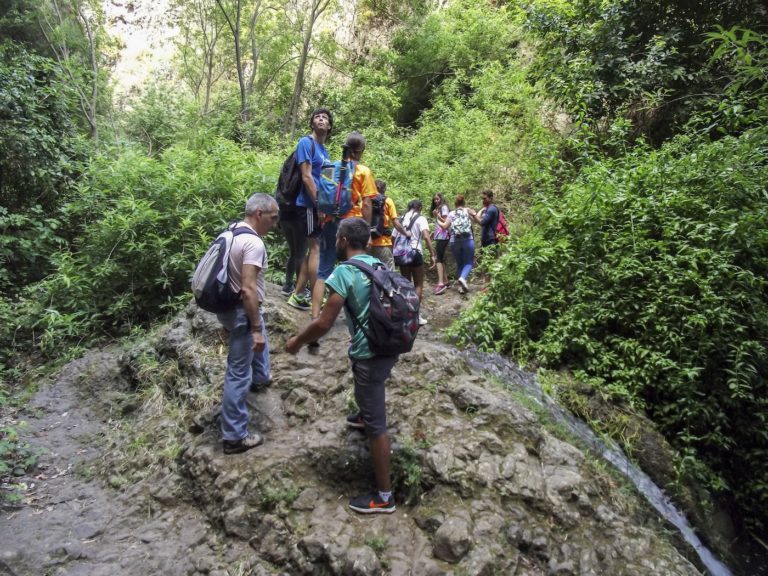 On May the 26th we had the chance to collaborate with the Saint Teresa School of Las Palmas de Gran Canaria doing a guided hiking trip through the ravine of Azuaje, in the north of Gran Canaria. We headed for Firgas, a small village located in the north of the island. After having done the briefing with our team… 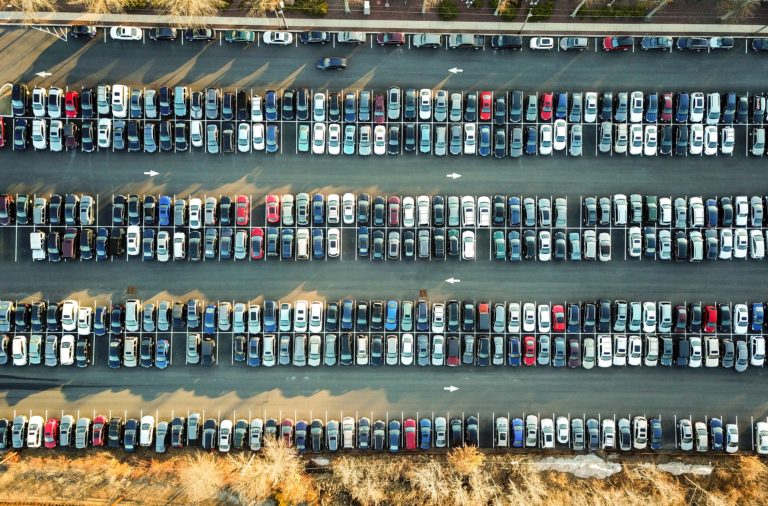 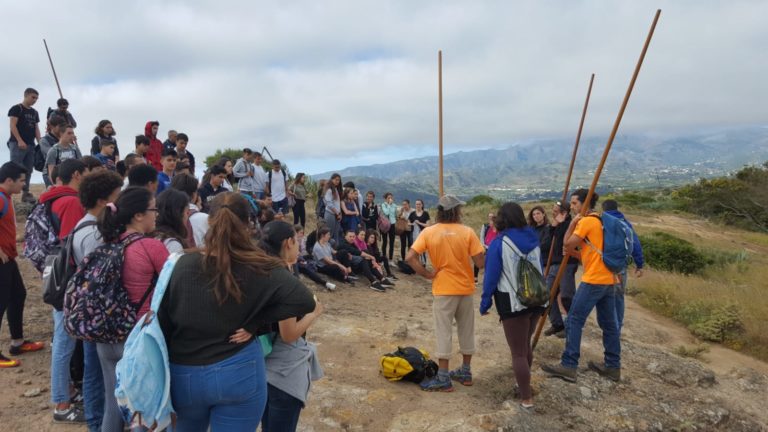 Last sunday 27th we enjoyed a wonderful morning hike with Climbo’s team while they taught us about old locals traditions like Gomera’s whistle and shepherd’s jump. Gomeran whistle can be considerate a language which was used to communicate between them across the ravines and the difficult shapes of the islands. The whistle can be heard 5km… 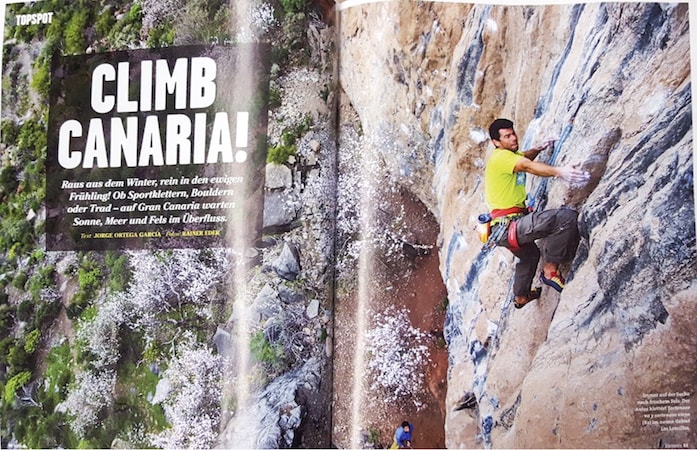 This month we are celebrating: the climbing in Gran Canaria is made known through the prestigious climbing magazine, Klettern. The german magazine highlights in this eighth edition of 2017, the incalculable value of the oreography of this island for the sector of sport climbing and high level bouldering. Thanks to the continuous collaboration of Jorge Ortega, great climber… 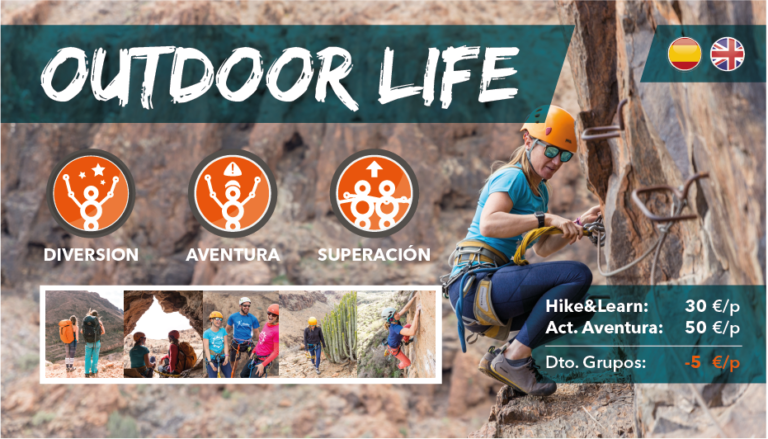 We are pleased to show you our outdoors activities schedule, a program full of diverse and beautiful experiences . Don’t hesitate to show your bravest face in Gran Canaria and guess more about any of our activities. Our program “Outdoor Life 2018” got two kinds of activities: B-Adventurous: Adventure activities. Price: 50€/person Hike&Learn: Thematic hikings with educational…

Hello! How can I help you?

Click one of our colleagues below to chat on WhatsApp or send us an email to experience@climbo.rocks